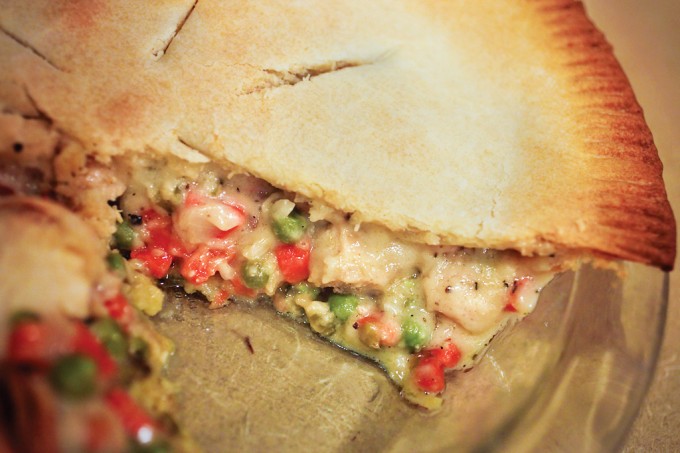 Chicken pot pie, the All-American comfort food… would you believe it isn’t American at all? Yep, you can thank the Greeks and Romans for this. The first pies, made by the Greeks, were baked meats in an open crust pastry known as “traps”. Historians believe Romans made this a prize of victory after they conquered Greece later adding the top crust commonly referred to as “coffins”. Sounds a bit depressing, eh? Maybe it’s time for a chicken pot pie pick-me-up!