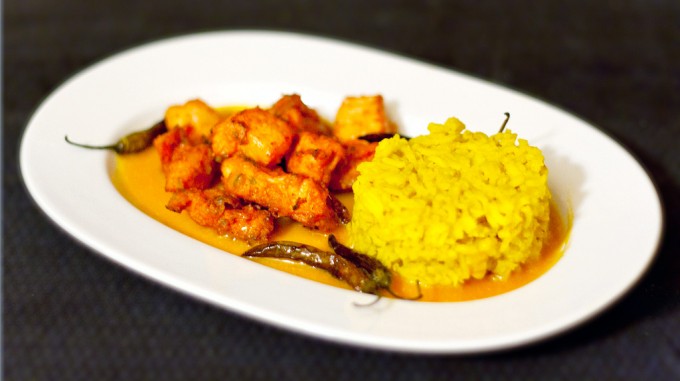 After consulting my friend Wikipedia, I learned a few things about this famous dish from the Andhra region.  While the name “Chicken 65” is universally used to refer to the dish, there are many different stories for how the name came about. It is generally acknowledged that no one knows which (if any) of these anecdotal theories are correct